Charles A. Marvin – “One Year, Six Months, and Eleven Days”

Charles A. Marvin – “One Year, Six Months, and Eleven Days” will soon be available on Amazon.com. The book is 226 pages long with over sixty illustrations.

Charles A. Marvin was a good man. He spent his life working on his farm in north central Pennsylvania. He attended church and participated in politics. He and his wife of forty-six years raised eight children. Members of his community respected and liked him. However, for “one year, eleven months, and six days” he left home to fight for his country and preserve the Union. This is the story of Private Charles A. Marvin and the Seventh Pennsylvania Volunteer Cavalry Regiment. 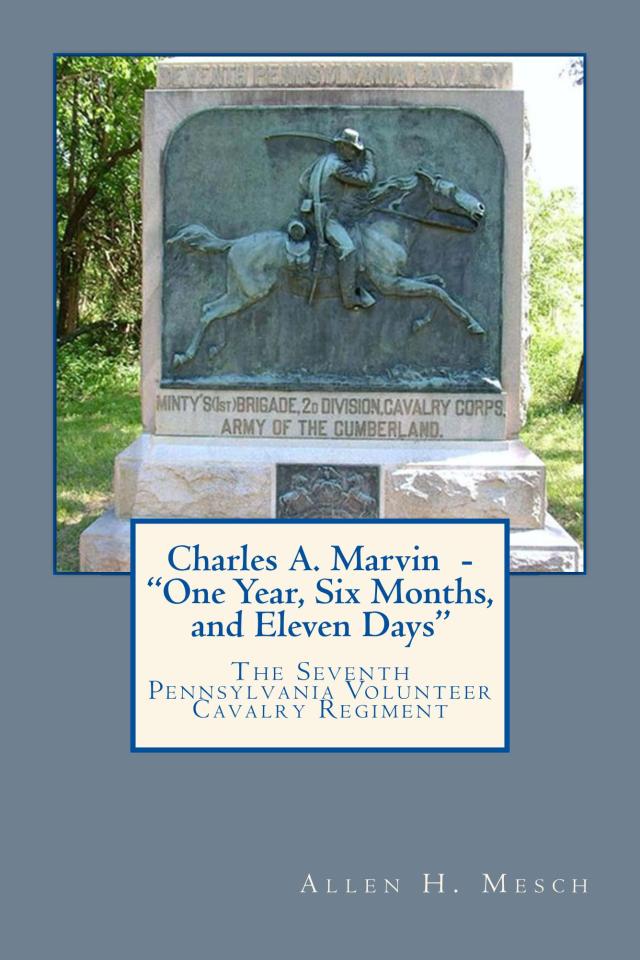 Allen is an author, educator, and historian. He has written five books: The Analyst; Teacher of Civil War Generals; Your Affectionate Father, Charles F. Smith; Charles A. Marvin - "One Year. Six Months, and Eleven Days", and Preparing for Disunion. Allen's latest book, Ebenezer Allen - Statesman, Entrepreneur, and Spy is scheduled for release in August 2020. He teaches classes on the American Civil War at Collin College. He has visited more than 130 Civil War sites and shared his over 4,000 photographs on Civil War Journeys. He wrote posts about the Civil War on the Salient Points blog.
View all posts by Allen Mesch →
This entry was posted in Scratch Pad and tagged Charles A. Marvin, Pennsylvania in the Civil War, Seventh Cavalry Regiment Pennsylvania Volunteers, The Saber Regiment. Bookmark the permalink.